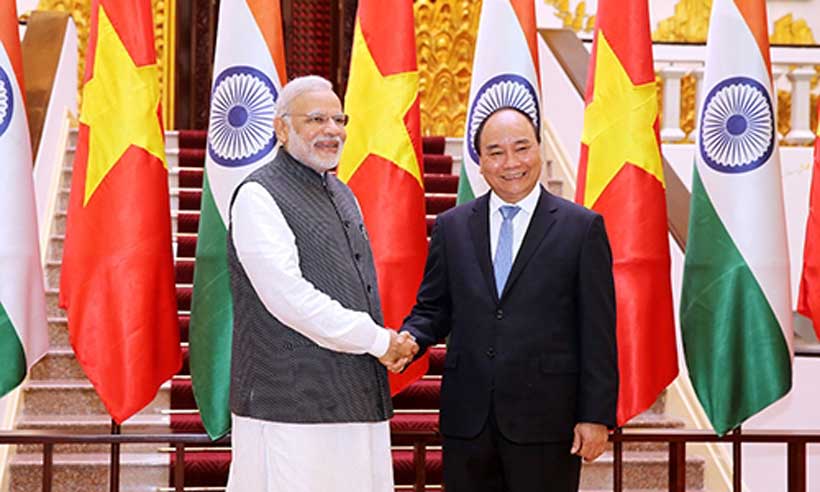 India has very recently come out with India-ASEAN Action Plan 2021-2025 alluding to the objectives for furthering its relationship with the ASEAN nations. In the plan it is clearly envisaged that there will be cooperation in the area such as trade, investment, counterterrorism and in developing the edifice related to maritime security. It has been found that under the Vietnam chairmanship there is a need for addressing challenges emerging in the field of pandemics and medical research, so as to protect lives of many individuals across southern Asia. Further, in terms of increasing connectivity between the two sides and reviewing the achievements of the India ASEAN strategic partnership there has been positive movement from both sides.

With the forthcoming India ASEAN summit to be held in near future, it is going to address issues such as maritime corporation, sustainable development, developing marine resources, connectivity in both physical and digital domains, and increasing people to people contact through initiatives such as health, education and tourism. An important aspect of this new action plan is to enhance defence exercises, coordinated patrols, and effective logistics support mechanisms during humanitarian assistance and natural disasters. In fact, one of the major milestones between India and ASEAN strategic partnership has been in the field of humanitarian assistance and disaster relief. In the last few years there has been increasing synergy in the areas such as counterterrorism, cyber security and medical tourism. ASEAN has undertaken new initiatives related to the fourth industrial revolution, and also been looking into developing better cooperation with other countries in areas such as artificial intelligence, machine learning and robotics.

India has been conducting multiple joint exercises, and entered into logistics agreement with countries such as France, Australia, the US, Singapore and Japan. Increasing need has been felt in terms of developing freedom of navigation and commerce in the critical sea lanes of communication as well as promoting no use of force and resolution of long impending maritime disputes through the UNCLOS, and develop mechanisms to address concerns related to ASEAN countries.

It has been acknowledged that India-ASEAN free trade agreement has benefitted economies but there is a need for a review so that new sectors and also free movement of the skilled labour could be promoted. During the review of India-ASEAN relations particularly in the field of trade and strategic partnership, it was found that in terms of meeting of connectivity objectives there has been laggardness in the approach. However, there is a lot of potential with regard to developing ties in digital economy, education, vocational training of labour, and also capacity building in areas such as Small and Medium Enterprises (SMEs).

India’s subscription to the concept of Indo-Pacific and its meetings with the quad members have highlighted the possibility of a superstructure which can be created which will be able to address core concerns with regard to regional security, maritime code of conduct and undertaking concerted efforts so as to bring up accountability and compliance for better peace and development in the region. One of the areas which has been and listed in the India ASEAN action plan is to look for complementarities in areas such as artificial intelligence, machine learning and sharing best practices with regard to the Industrial Revolution 4.0. One of the consultative process which has lost steam over a period of time is the Delhi Dialogue which have become more repetitive in terms of agenda and ideas, and there is scarcity of ideas. However, this regular dialogue process has brought about Track I and Track II consultations involving academics, experts and foreign officials as well as leaders.

With increasing attention of the European Union to this region, and the major European powers have outlined their Indo-Pacific strategy; Southeast Asia, by default, has become epicentre for launching these initiatives. It has become pertinent that India should also explore possibilities of building up resilient supply chains and help in development of the areas along with infrastructure development so that investment and development spin-offs in the region can also benefit India in the long run. It has been found that processes such as ADMM plus which have been discussing the areas of maritime security, counterterrorism has found resonance within India. In the areas such as mine countermeasures and developing humanitarian action plan for the demining there are complementarities which are existent in the relationship.

ASEAN outlook towards Indo Pacific is one of areas which is unexplored, and needs further focus with Asian centrality being the primary goal. ASEAN nations have been working with regard to comprehensive action plan related to counterterrorism and therefore much more focus is required under Vietnam chairmanship to build consensus and institute necessary structures so that the cooperation at the official level can continue in the long run.

India has not developed its counter radicalisation strategy and therefore it is important that ASEAN should share best practices with India. One of the focus areas which has been enlisted in the action plan is related to financial architecture and the cooperation which is required for the development of the capital markets and developing new ways for financial transactions through secure means.

Energy cooperation has been one of the areas which is of importance for both ASEAN nations as well as India but for that to fructify it is important that the both sides should look forward for research in energy efficiency, fuel cell technology and developing electric vehicles so as to curb pollution and reduce dependence on fossil fuels.
Under Vietnam chairmanship sectors such as agriculture, sericulture, floriculture and development of new techniques for enhancing yield have been supported. This also requires a boost to the India-ASEAN science and technology fund which has been created between the two sides. Many of the Southeast Asian countries have been dependent on fisheries and developing aquaculture.

In the areas such as blue economy there is a vast potential and also both sides are keen to explore possibilities. Under the stewardship of Vietnam, it is important that new projects and also ministry level dialogues should be undertaken. India is a developing country and has been taking giant leaps in areas such as strategic technologies, new defence innovations and advanced satellite communications. In the areas of space and cyber the two sides can look forward for developing software and other mobile apps which can reduce dependence on Chinese apps.

India and ASEAN can work jointly in developing the tourism sector particularly identifying the tourist circuits which can boost the economy as well as the hospitality industry. In the post-COVID-19 phase it is important that tourism should be promoted while undertaking safety precautions so that this sector can see a quantum jump. In terms of areas such as climate change and biodiversity, Vietnam can suggest ways to secure carbon sinks and also undertake networking among the institutions which are working in the field of climate change and mitigation.

The India–ASEAN ties need further impetus through better managing of the Green Fund and develop action plan with marine debris and developing biodegradable products. The COVID-19 has opened a new sector of public health and developing generic medicines. While much has work has been done between India and the ASEAN nations but there is need for developing vaccines and creating logistic supply chain so that these vaccines can reach a larger population while transporting them under sub-zero temperatures.

It has been seen that Vietnam has been taking a number of measures related to these aspects even in the very adversarial conditions such as COVID-19 and the agenda and the outcomes have been clearly demarcated in each of the meetings. There is need for addressing these issues during the ASEAN summit meetings with India and also acknowledging the fact that the interest of the two sides have diversified and have huge potential in coming years.